Don Newcombe, pitcher for the Brooklyn Dodgers, the Cincinnati 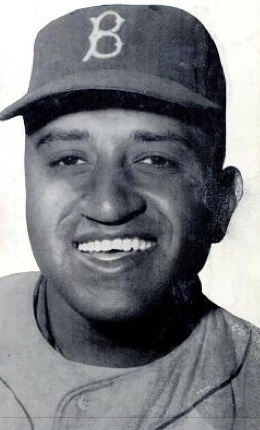 Reds, and the Cleveland Indians from 1949-1960 passed away this week at 92 years old. Newcombe was the third African American pitcher to integrate Major League Baseball and he was the first to start in a World Series. Newcombe was interviewed in 1976 by historian and author William J Marshall for the Nunn Center’s  A.B.”Happy Chandler”: Desegregating Major League Baseball Oral History Project.

Donald Newcombe was born in Madison, New Jersey and his nickname was “Newk.” He is a former Negro League and Major League baseball player. In this interview, he talks about his friendship with Happy Chandler, the role Chandler and Branch Rickey played in the integration of major league baseball, the pressure experienced by Jackie Robinson as the first black player, and Chandler’s role in the players’ organization and their pension plan. He also discusses the Baseball Hall of Fame, Jackie Robinson’s relationship with Chandler, Robinson as a baseball player and as a person, the pressure on both Chandler and Rickey because of Robinson’s signing to the major leagues, Chandler’s losing the commissionership, the effect this had on the players, and Newcombe’s career with the Newark Eagles, a Negro League team. He discusses how major league owners did not compensate the negro league owners when signing black players, the “Brooklyn Brown Dodgers” of 1946, his own experience with discrimination and prejudice, playing for the Montreal Royals in 1948, and his first games with the Brooklyn Dodgers. Other topics include Branch Rickey as a team owner and as a person, playing at Ebbets Field, and touring with a black all-star team in 1949 and 1950.